You might be wondering, what is wayfinding? Simply put, wayfinding aids in the process of getting people from one destination to the next as seamlessly as possible.

Wayfinding has the function to inform people of the surroundings in the (unfamiliar) build environment, it is important to show information at strategic points to guide people into the right directions. Complex structures in the build environment are interpreted and stored by the human memory.

Though conventional signage (i.e. traffic signs) do play a large role in wayfinding, they are not the only factors at work. In the following instances, designers use the ground to implement wayfinding techniques that aid in directional awareness.

Using painted and taped coloured lines As you might have seen in the post on urban wayfinding, the use of painted lines to lead users on complex routes that have a lot of turns, can be an extremely effective method. The route might be a mile plus for example, and involve numerous turns both left and […]

Per Mollerup is the man. 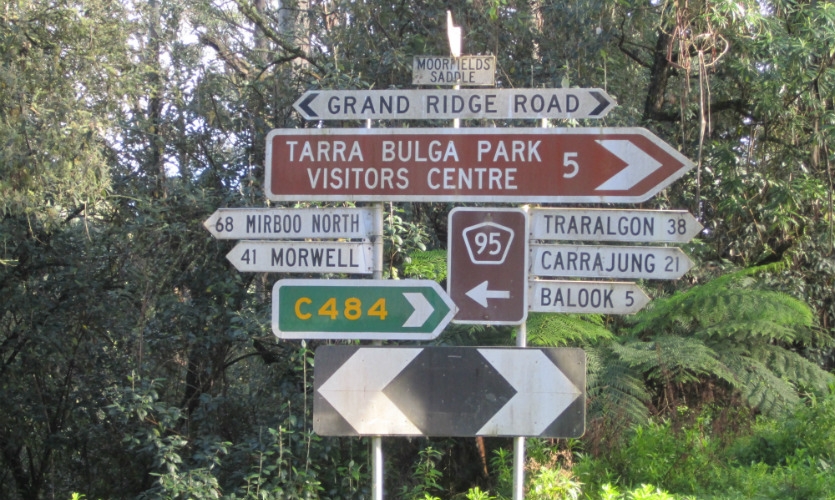 Per Mollerup, Dr. Tech., is a writer, design thinker, and professor of communication design at Swinburne University of Technology in Melbourne. From 1984 to 2009, he was owner and principal of Designlab, a Copenhagen-based, award-winning design consultancy specialized in wayshowing and branding.

Good wayfinding is a beautiful thing. Next time you’re at a mall, airport, university, museum, hospital, or any place where a need to move large amounts of people from one place to another would be considered an important consideration, keep an eye out for wayfinding at work. It’s fun! . . . or at least I think so.